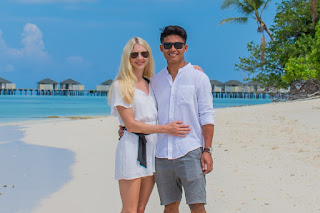 Unbelievable, but still believable that we had an opportunity to go for our Honeymoon in Maldives. I must say that I was quite stressed before we finally sat on a plane since there was many variables involved. The most present one was of course Corona. And we had to make sure that not just us, but also our parents (who were going to look after Nolan 😉) would remain negative. As always I was also concerned about that flights will be canceled, the weather will be bad etc. but everything was perfect.  From the photoshoot I was actually even surprised that the flight was so full both from Tallinn to Istanbul and from Istanbul to Maldives. Luckily nobody sat next to me. The only downside was that I had got cold before our trip, so I was coughing quite bad and had runny nose. So it was like a prison to wear the facemask. Luckily Maldives cured me and on the way back it was much more pleasant. But let´s then deep dive into the trip.  Beginning of our trip in Tallinn Airport Why Maldives? Mal
Post a Comment
Read more 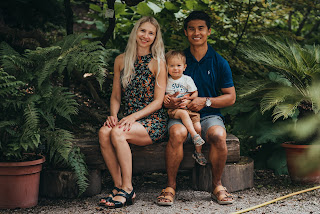 I actually wanted to write the post also when Nolan was 1,5 years old, but somehow time flied and it did not make sense anymore! 😀 So I will try to sum up Nolan´s 2nd year of achievements in one post. There have been less changes in the second year than it the first year. Nolan do looks now more like human by moving in 2 legs and eating same food, but at the same time he has also become more like his own person and desires. Sometimes he behaves nicely, especially if parents are not around 😀, but sometimes it feels like a demon has gone into him. Photoshoot by Familiis in Tartu Botanical Garden Family picture MOTORIC SKILLS Let´s start with the area where Nolan is the best. And that is of course climbing, running and jumping! It is interesting to see how shaky walker is now the "fare of the playgrounds".😀 In the summer time we spent really a lot of time on the playgrounds. And I am like a bodyguard following him in every step in order to make sure that he would not endange
Post a Comment
Read more
More posts